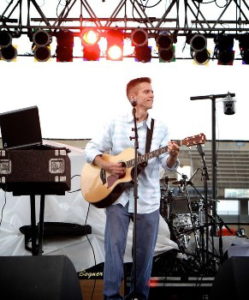 Kevin has developed over the years into one of northeast’s top singer, songwriters and is one of the most sought-after entertainers in Western New York.>

Since 1985, Kevin has performed throughout WNY, U.S., and Canada… and soon he will perform in Ireland for the first time. For four straight years, Kevin was chosen to play on the Labatt Blue Outfitters Tour (’02, ’03, ’04, ’05) which traveled to many cities, festivals, and venues throughout the U.S. He has performed at Thursday in the Square, one the largest outdoor venues in Western New York! He opened for Rick Springfield at University at Buffalo Stadium and, with the Labatt Outfitter Tour, played before other national acts including Dave Mason in West Virginia and Lynyrd Skynyrd in Michigan and Coldplay at Darien Lake. Visit this site https://smyker.pl /

Interested in having Kevin at your next event? – Kevin makes any event a party! He will work right with you to ensure your events success! A diverse “One-Man Band”, Kevin’s huge variety of songs from oldies to today will have everyone singing and dancing! He can also DJ in between sets for continuous music throughout your event.

Click Here to Booking Kevin for you next event!