He plays at many of the top places in WNY – Local Kitchen & Beer Bar, Santora’s, The New York Beer Project, The World of Beer, The Froghair, TC Riley’s, Mr. Goodbar, Mulconry’s, Flaherty’s, Johnny’s, Gordons, Buffalo Irish Center and many others! 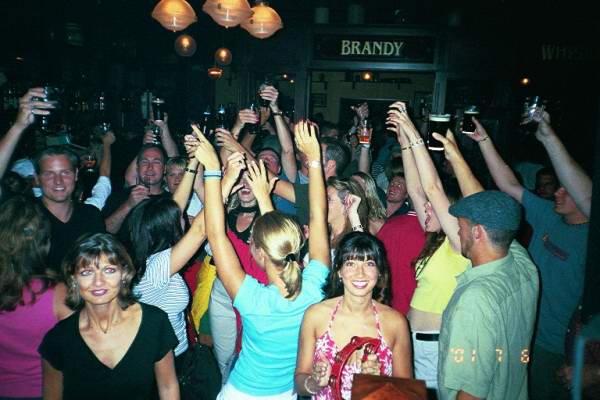 His value to Bars and Restaurants is his ability to be an asset to the places that have him and build nights, whether playing weekly or monthly. His ability to play a wide-variety of songs gives him the ability to adapt to the crowds and read the situation. Playing the right songs at the right time and his ability to read the crowd and get people involved and having fun is one of the keys to his success.

He has 2 main goals – entertain and keep the people there and get them to come back for his next show so he can build nights!

These are just a few examples of Kevin’s ability to entertain a wide-variety of people and also help the places he plays build successful nights!

WHY DO BARS & RESTAURANTS HIRE KEVIN?

2. He has a loyal following and a huge e-mailing list.

3. He is does an extensive amount marketing and promotion.

5. He is courteous, professional, and easy to work with.

6. He easily adapts to many different crowds.

7. He has professional equipment for small to large crowds.

8. His corporate sponsors often provide prizes to give-away to your patrons.

9. He has many advantages over a band or DJ….

10. Kevin is now fully insured and his venues are covered at no additional charge as additional insured…Member of the National Association of Mobile Entertainers.

If you own a bar or restaurant and / or book entertainment and are interested in having Kevin, he’d be happy to talk to you about your ideas and how he may help contribute to your success! You can call Kevin direct at (716) 472-7700…he’d be happy to talk over the phone or meet with you in person!